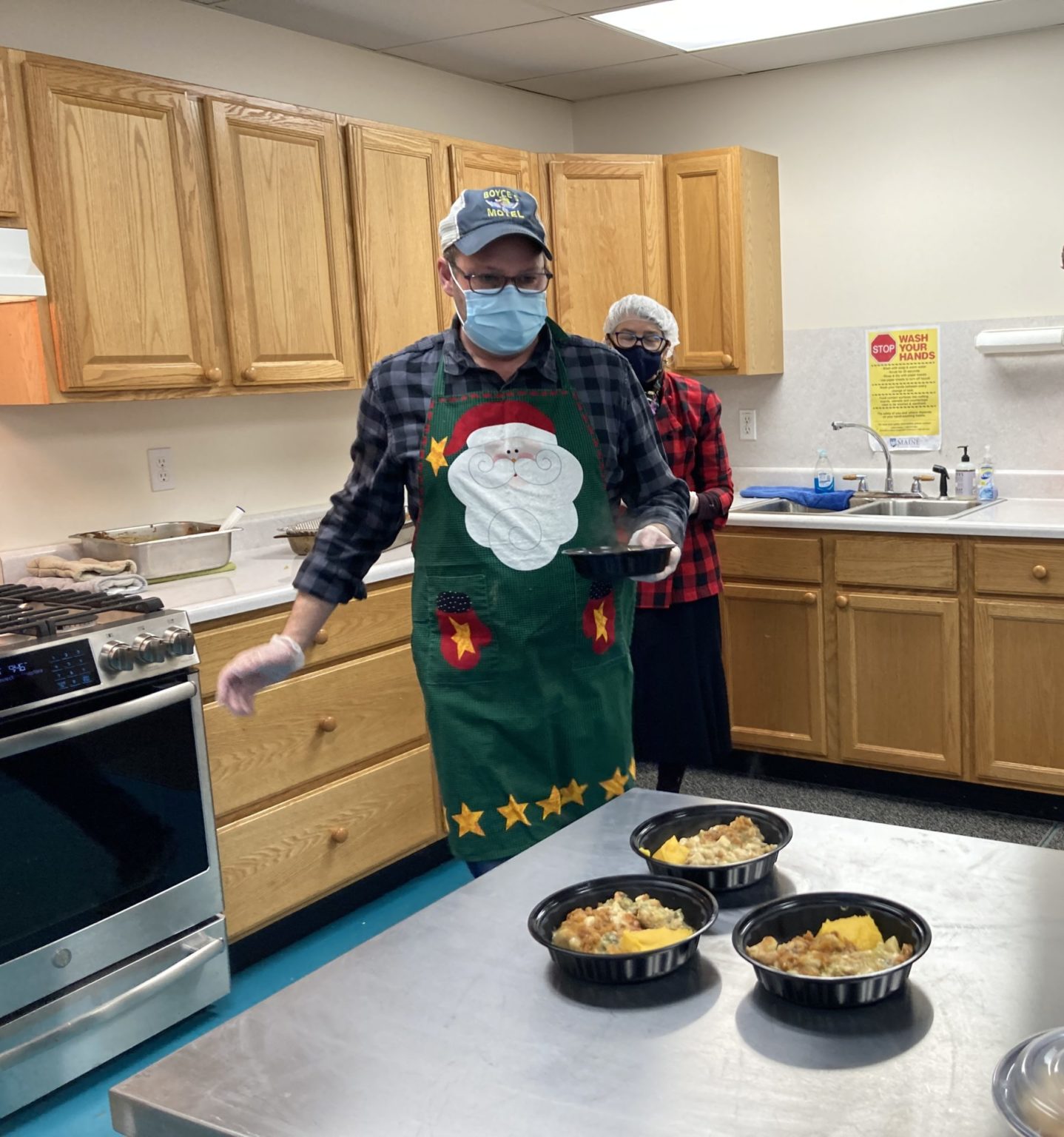 DEER ISLE — Twelve residents at the Island Nursing Home have died of COVID-19 since Dec. 1, according to INH Executive Director Matthew Trombley, who spoke on a podcast Tuesday hosted by the Island Health and Wellness Foundation.

Trombley told host Anne West that the total number of deaths represents 20 percent of the nursing home’s residents. But the good news, he said, is that 80 percent of the residents and staff are recovering.

One of those still recovering but on her way to the nursing home to work a midnight shift Tuesday is Vicky Myers, a traveling nurse who is a resident of Largo, Fla.

“I’m going back to work today because they are in desperate need,” said Myers, 68.

For the past 11 days, Myers has been sick with COVID-19, cloistered in the apartment she has been renting from Barrett Gray, who owns Boyce’s Motel in Stonington.

“I didn’t leave my apartment for 11 days,” Myers said. “But I’m feeling better. I’m not as weak as I was yesterday — stronger every day.”

Luckily for Myers, she’s been renting from Gray, who has been delivering meals for the traveling nurses and doctors. Gray also has been keeping tabs on which staff members have taken ill and leaving water and ginger ale outside their doors. Without the help of Gray and the community, Myers said she wouldn’t have had anything to eat or drink while she was sick.

“The meals have been wonderful,” she said.

“There’s a little note with the meal usually thanking us for being here and working. I’m used to having everything on the corner,” said Myers. Here, “it’s inconvenient because everywhere you go you have to drive so far.”

Nonetheless, the nurse loves Maine and has been twice previously for vacation — once to Portland and once to Rockland — but it’s safe to say this working trip has sealed her affection for Mainers.

Myers said she “wants to express her love and gratitude for everybody here. They’re ‘downhome folks’ here.”

The mother and grandmother is only in her second year of work as a traveling nurse.

“I started traveling because my son and my grandson don’t need me anymore,” she said. Her son, who is a police officer, wasn’t happy about the idea of Myers driving around Maine in the snow. She had planned to fly home Dec. 28 for three days to see her grandson, who will be home on leave from the Army. She hasn’t seen the young man since he enlisted.

Myers worked on Thanksgiving and will work on Christmas so local employees can be with their families on the holiday.

The nurse had been COVID-19 negative until going to work at the nursing home.

“That’s what people don’t understand, it spreads and you don’t even know,” Myers said. “This virus — it’s vicious.”

In an effort to keep from contracting the virus, many of the island’s older residents who are considered high-risk have been staying home and getting groceries delivered from Burnt Cove Market.

Gray, in addition to running his motel, has been the coordinator for Salt Air Seniors, a program of the Healthy Island Partnership, which pre-pandemic had been providing a weekly meal and activity for the group.

“Once the pandemic was thrown at us, I shifted gears quickly, thinking they [seniors] were likely going to start feeling very isolated,” Gray said.

So, between March and May, lunch was delivered by volunteers to 120 island seniors every week. In May, the Simmering Pot stepped in to deliver one of the lunches every week.

“Wednesday mornings we go in and do the prep,” said Gray. “We prep 9 a.m. to noon. Thursday mornings, I get there at 7 and get the ovens going.”

The American’s cooking columnist, Cheryl Wixson of Stonington, and Gray’s aunt, Lori Boyce, meet Gray in the kitchen of the Burnt Cove Church of Christ to finish cooking and package the lunches for delivery.

“It really is a community effort,” said Gray. “We have bakers that are dropping off rolls/biscuits and desserts that we place into the lunch boxes as well.”

“I have six [volunteer] drivers that deliver to those 120 people,” he said. “Every Thursday morning before the meal is delivered, their volunteer calls to see if they need anything before they drop off the meal. It’s, in a way, a safety check.”

Myers, the traveling nurse, said an elderly couple in her native West Virginia nearly died after getting COVID-19. “They went three days and no one had checked on them,” she said. “They were almost dead. They were dehydrated. They were too sick to get up and fix themselves stuff.”

“They’re doing OK,” Gray said of the seniors in the island community. “Some of them are feeling a lot more isolated than others. Some aren’t getting out. Most of them are sheltering in place.”

When the INH staff started getting sick, Gray canceled the reservations that he’d taken for December.

“The day after Thanksgiving when I realized what was happening at the nursing home, I actually canceled my reservations that I had in place for the month of December and opened it up to the nursing home staff because nobody wants to be renting a room next door to someone with COVID.”

A “meal train,” basically an online sign-up sheet, to deliver meals to local INH employees who have gotten sick has been started along with a snack train to deliver individually wrapped snacks every day for the staff. There is also a bird seed meal train so that the bird feeders outside the nursing home keep getting filled amidst the outbreak. Watching the birds helps the residents pass the time, Gray said.

Meanwhile, Nurse Myers has been recruited to work until February.

Maine reminds her of West Virginia.

“People from West Virginia tend to be the same way,” said Myers. “They tend to help their neighbors. If you pass somebody on the road, you wave. Everybody says hey. It’s just a thing. It’s acknowledging that you exist.”

Would you like to stay up to date on what’s happening at the Island Medical Center? We’d love to add you to our email list.